This series of works is a result of my research on atmospheric optics, and more specifically on the phenomenon of light scattering, or Rayleigh scattering. This phenomenon, which is also the cause of the blue colour of the sky and of the red colours observed when the sun is low on the horizon, is caused due to shorter wavelengths of visible light, namely blue and violet, being scattered by air molecules more than the longer and ‘heavier’ wavelengths of red light do. This means that when you see direct light through a dense medium, only the red wavelengths reach your eyes, whereas when you see indirect(scattered) light, against a dark background, you see the shorter, blue wavelengths.

Both pieces work under the same principle: a pool of water is created on a stretched plastic transparent foil, and milk drips slowly into it. Small fans create a very slow circular current, which causes the milk to take forms which resemble natural images. As the milk is dissolved into the water, it causes the white light to scatter, thus creating the different colours that can be observed by the different viewing angles. As time passes, the water becomes more and more condensed with milk, causing more vibrant colours to occur, and in the end causing the work to turn into a dull grey colour. An average duration for the whole process is 6-8 hours.

What is different in the two versions is the size, but most importantly their position in relation to the viewer. In the first version which was developed at the residency in DeFabriek, the work had to be installed in a pre-given space, of a certain shape and size. Visitors had to walk around the work, in order to enter the main exhibition space, and thus it was easier for them to observe the differences in the color, depending on their position in relation to the light source. In the later ‘Liquid Sky Above’, which was presented in KABK last June, the work is isolated from its surroundings and is installed heigh enough, so that the audience can walk and observe it from below. What this version attempts to do is to connect the experience of the work with the actual spatial relation one has with the sky. When the viewer stands under the work and looks up, the work covers completely his visual field, as the sky does when seen from an open space which allows an unobstructed view of it. 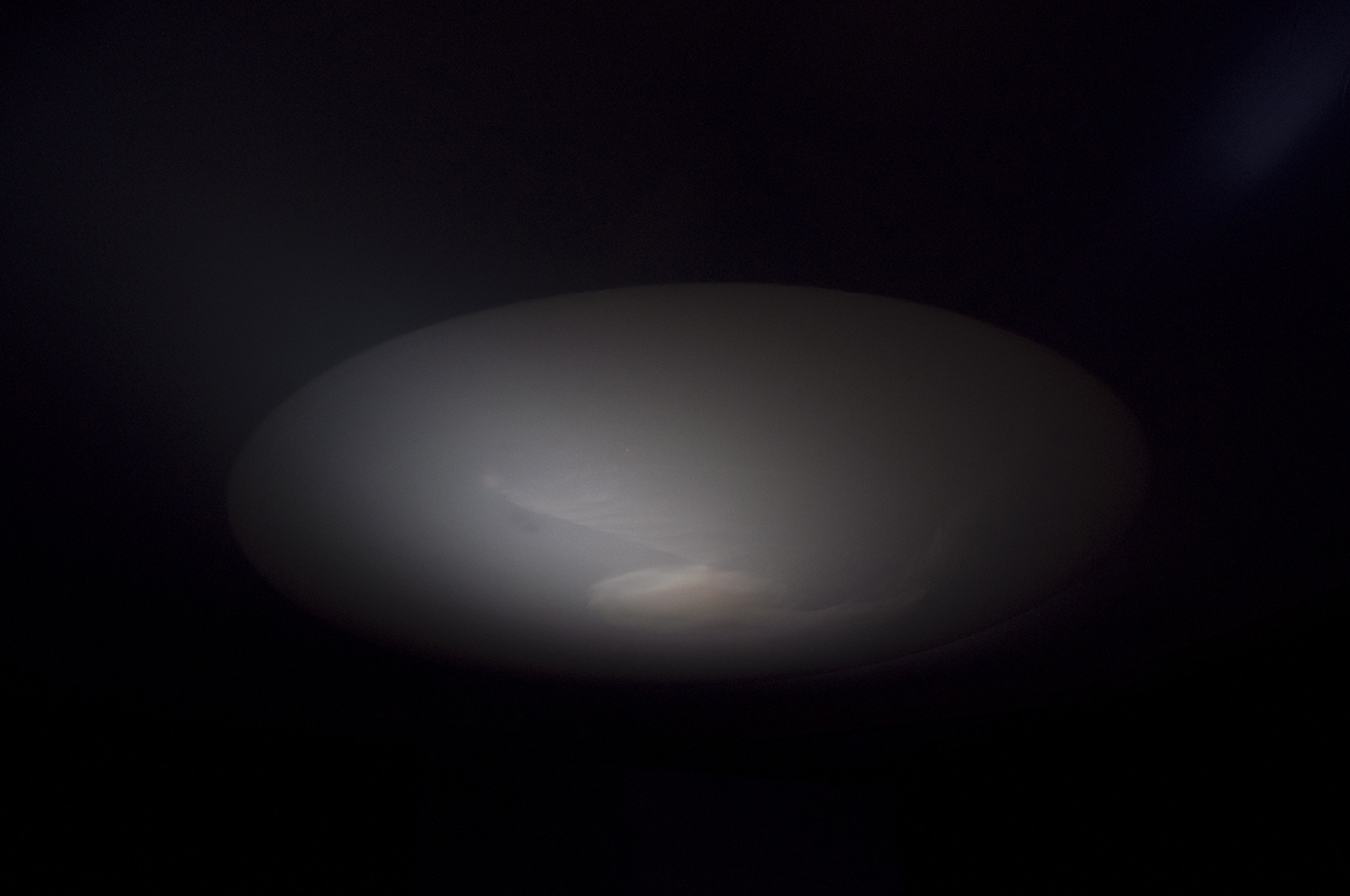 With the support of Mondriaan Fonds, Emerging Artist Stipend 2019-20