-I like the sky and the sky likes me  || an underground camera obscura space, where the image of the sky is reflected on a mirror surface and projected on the ceiling of the dome

-Axis Mundi Temple  || a dark, ganzfeld space, where the only element to be perceived at the centre of the space, stable and singular, is a vertical light column created using only natural light and haze

-SunPath Dome || a domed space dedicated to the path of the sun on the sky during two days of the year, the winter and the summer solstice

-Slit Bunker  || a one-person building/observatory with a very narrow vertical opening, where one is able to perceive the sky in a different way

-Horizon Bunker (horizon my one and only)  || an architectural space,  homage to the horizon

An underground domed space, that functions based on the principle of the camera obscura (from Latin, meaning 'dark chamber'). At the aperture on the centre of the dome an optical system is installed, which works as an wide-angle lens (ideally 180 degrees field of view), gathers the rays of light coming from the sky, and projects them on the horizontal reflective surface at the centre of the main space, which then reflects the light rays and projects the image of the sky on the dome itself. The final result is having the image of the sky scaled down and projected on the ceiling of the dome. The stairs and corridor act as a transition for the visitor, from the bright exterior environment, to the darkened interior space. 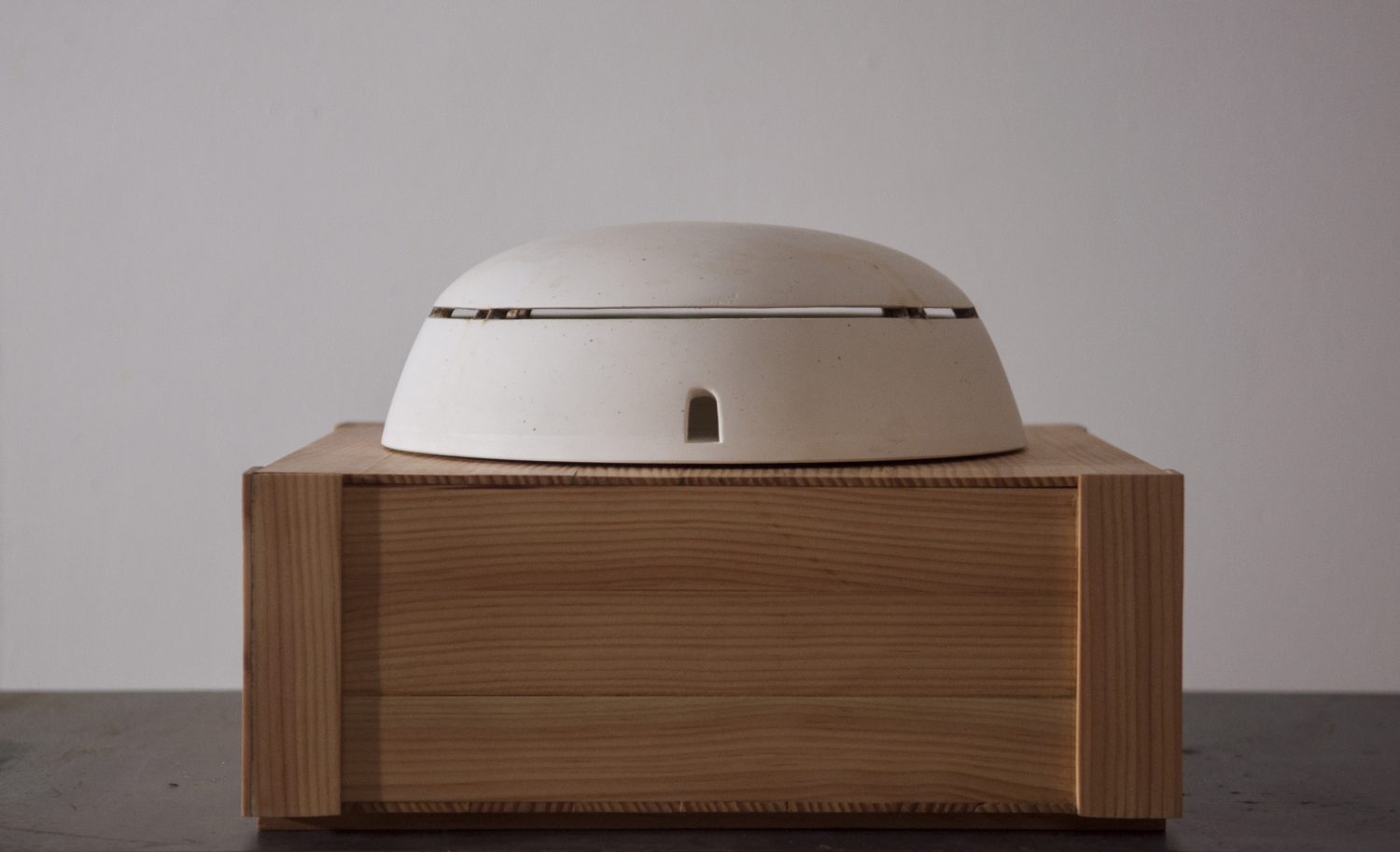 The horizon does not exist as ‘a thing in itself’; it exists through you. It moves when you move. When you go up, it rises, when you go down, it descends. Every person carries with them their own very personal horizon. With this work I want to celebrate this relationship and create a space where the only thing to be perceived is the horizon.